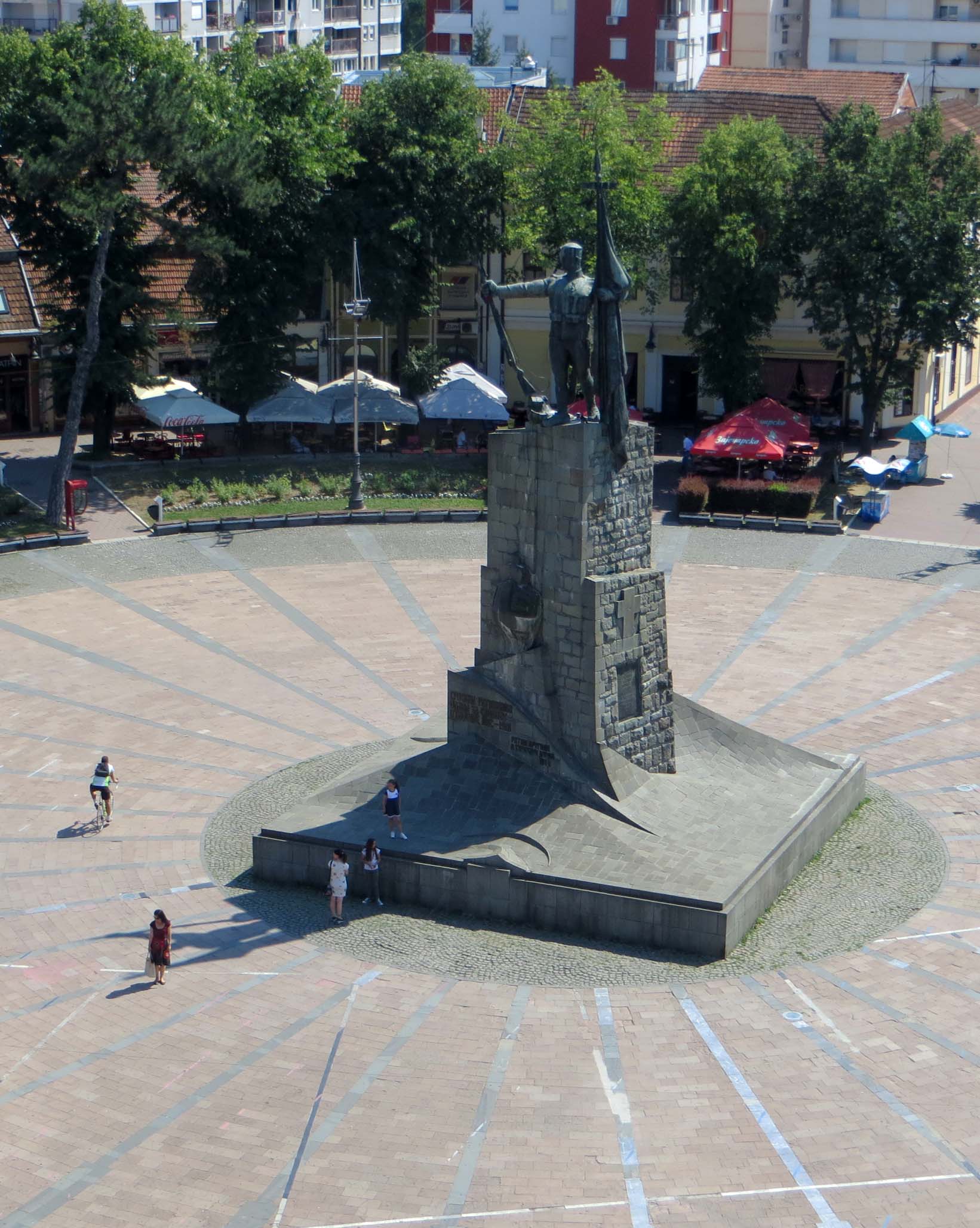 Fig. 1. The sundial at the main square in Kraljevo is one of the biggest in the world. Daily hours are shown by the shadow of the monument to a Serbian warrior popularly called Milutin (height: 15 meters) 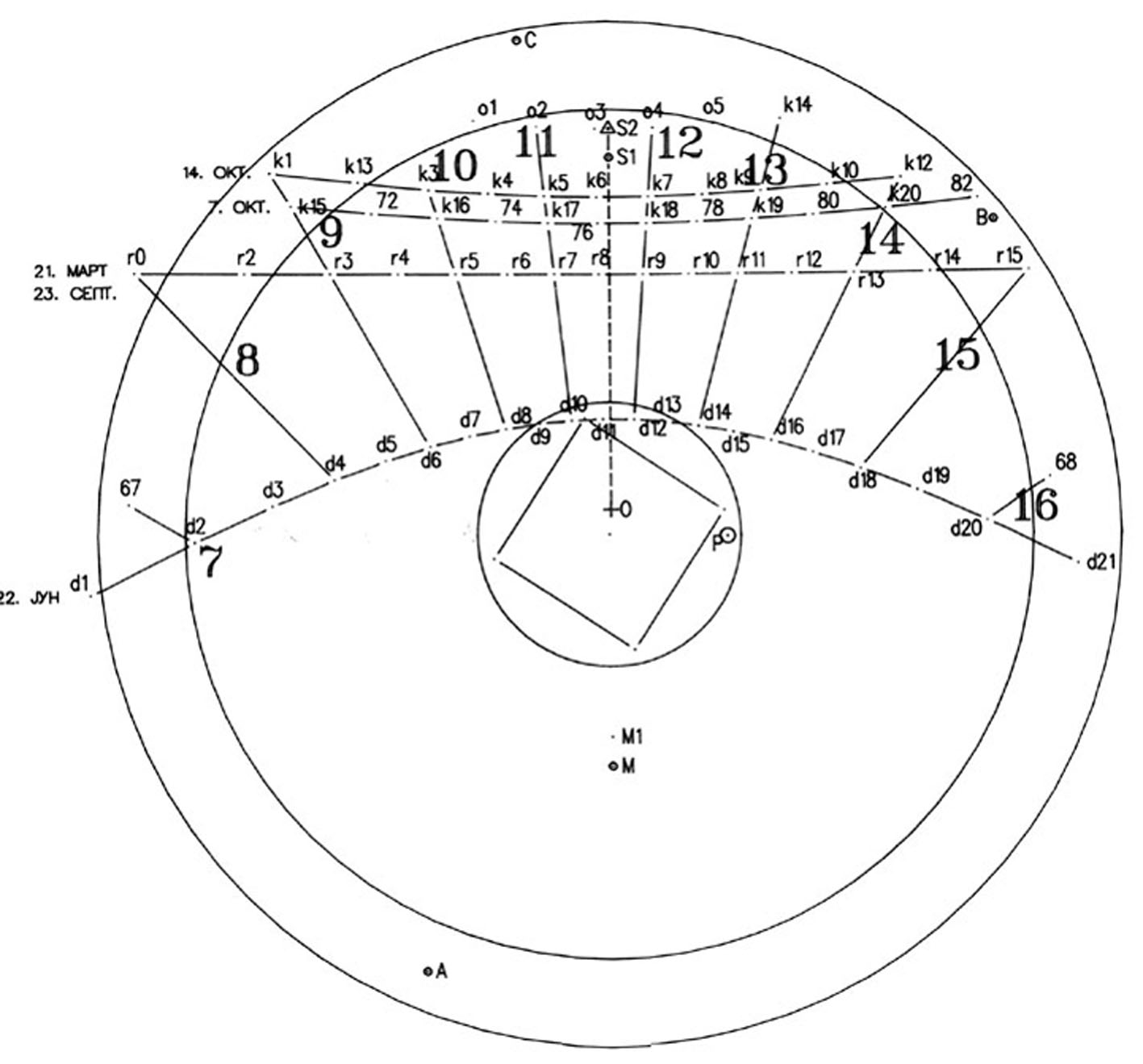 The monument was erected in 1932, whereas the sundial’s network was carved in the stone surface in 2001 (sundial calculation by M. Tadić, geodetic processing by S. Blagojević, architectural design by M. Petrović). The hour network consists of hour and date lines.

The hour lines have been cut for every hour in the range from 7 a.m. to 4 p.m. Central European Summer Time (UT + 2 h). Daytime hours are read according to the position of the shadow’s end within the hour squares rather than the shadow’s direction, which is confusing for many observers. The end of the spear’s shadow of the Serbian Warrior disperses, which complicates the reading of the daytime hours additionally, especially when the reading is done from the vicinity.

The square and the sundial were renovated at the end of 2018.